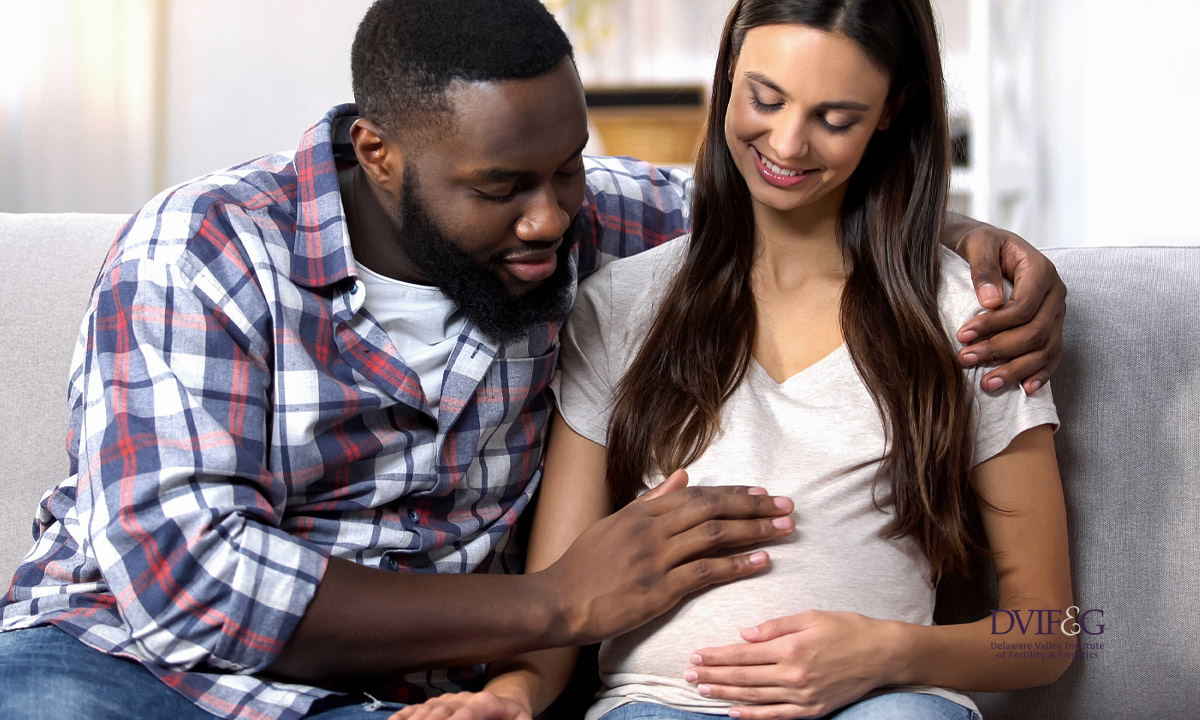 Counseling women about general wellness has become standard in preconception and prenatal care. The time in utero has a profound effect on the child’s life. For instance maternal malnutrition is associated with the development of cardiovascular disease, chronic infections and diabetes mellitus later on in life. (4) Alternatively, maternal obesity, increases the chances for preeclampsia, gestational diabetes and plethoric infants during the pregnancy. It also affects the child’s cognitive development and increases the chances for chronic conditions, such as asthma. (3)

Although importance of maternal health has been recognized, the effects of the paternal health on the pregnancy and fetus have not been established. A recent study addressed these concerns by analyzing over 780,000 births over 9 years in the United States. The study found that there is an association between infant outcome and paternal chronic diseases, such as hypertension, diabetes mellitus, obesity, depression, psychological stress and others. There was an increase in premature delivery, an increase in incidence of low birth weight for the neonates, and more NICU admissions in those pregnancies in which the father had any of the comorbidities. The odds for such an association increased with each additional comorbidity. As expected and known, maternal health was also associated with adverse pregnancy outcomes and this association was stronger than the paternal one. (A)

These findings support previous ones that have linked paternal obesity, diabetes, insulin resistance, poor dietary habits, smoking and unhealthy behaviors to poor gestational outcome. (6-9, 11, 21) The mechanism of the paternal influence to the offspring’s health is under investigation. A potential candidate is epigenetics. Epigenetics refers to expression of inheritable characteristics without changes in the DNA sequence. They are expressed as a result of external or environmental factors. Previous studies have shown that there are changes in the epigenetic profile of both the sperm and the offspring, as measured by a decrease in DNA methylation, changes in histone modification, and in microRNA (miRNA) expression. (26-29)

The influence of paternal comorbidities does not stop at the offspring. It affects the maternal peripartum outcomes, by increasing the incidence of conditions such as gestational diabetes mellitus and preeclampsia. (3) The placenta is the interface between the fetus and the mother, and paternal factors alter the placenta and possibly its function. For instance advanced paternal age is associated with an increased placenta weight. Increased placenta weight is associated with premature delivery and has an adverse impact on the fetal growth. (31 – 33) In this analysis, 85% of the pregnancies occurred with women that had no comorbidities. As the general health in men in the United States is declining, it becomes apparent that addressing medical conditions in men becomes as important as addressing and resolving medical conditions in women preconception. (17, A)

Therefore, merely using the semen analysis as a measure to assess the male factor during the evaluation of the infertile couple does not seem to be sufficient. A detailed medical history, medications and supplement use, and dietary and social practices should be documented. The male partner should be thoroughly informed. This becomes especially important if there are abnormalities detected during a semen analysis or sexual dysfunction is recorded. There are common origins that both impair reproductive health and cause medical comorbidities. The reproductive system is sensitive enough to detect any underlying medical processes before they become clinically apparent. If future health risks are considered prospectively, the reproductive system may be the right biomarker to uncover them. This enables us the patient to address them, instead of waiting for these conditions to become apparent later in life.

Association between infertility and risk of several medical conditions has been established. In men, infertility is associated with the development of hypertension, cardiovascular diseases, prediabetes and diabetes, autoimmune diseases, such as RA, SLE, Grave’s disease, psoriasis and multiple sclerosis. There is also an association with testicular cancer and mortality. (87, 89-93, 99, 101, 103-105) So far, a causal link has not been established, but the diagnosis of male infertility may prompt the clinician to look further. This could lead to the detection of subclinical medical conditions, and more importantly preventive medical measures that will benefit both the long term health of the male partner, and also fertility and reproductive outcome. Many similar examples exist for the female counterpart. The effect of preexisting diabetes and hypertension to the pregnancy and the fetus has been established for some time now. Treatment of these conditions is required prior to pregnancy. Medical comorbidities are causes of reproductive health impairment for both genders.

The increase in chronic disease, lifestyle changes and obesity has taken a toll on reproductive functions. It is almost intuitive, as if nature does not want to place a new life in harm’s way. The reproductive system is in charge of assessing the prospective parents and the environment, prior to allowing the process to continue. At DVIFG, we have devoted decades to identifying these medical conditions and their effect on the pregnancy and reproductive outcome. We have addressed any underlying medical causes that hinder pregnancy, thus safeguarding the pregnancy and delivering a healthy fetus.

In-House Donor vs Agency Donor? How do I chose?

What comes first…the Fertility Clinic or the Surrogacy Agency?